I had a Twitter request to help translate a Shadertoy fragment shader to ISF (interactive shader format) as the OP was having issues. I had the same (mainly due to my lack of code/shader experience) but I remembered the Vuo node 'Make Image with Shadertoy'.

The video above shows a Vuo composition using the Make Image with Shadertoy node running in VDMX with the addition of a mask, shadow layer and pinch distortion FX at the canvas level. The top layers, mask and shadow are set to overlay. The image source for the Vuo composition is hidden.

Using the Vuo node is quick and painless but there are some points to follow so read the node docs (link below). The basic usage is shown below: 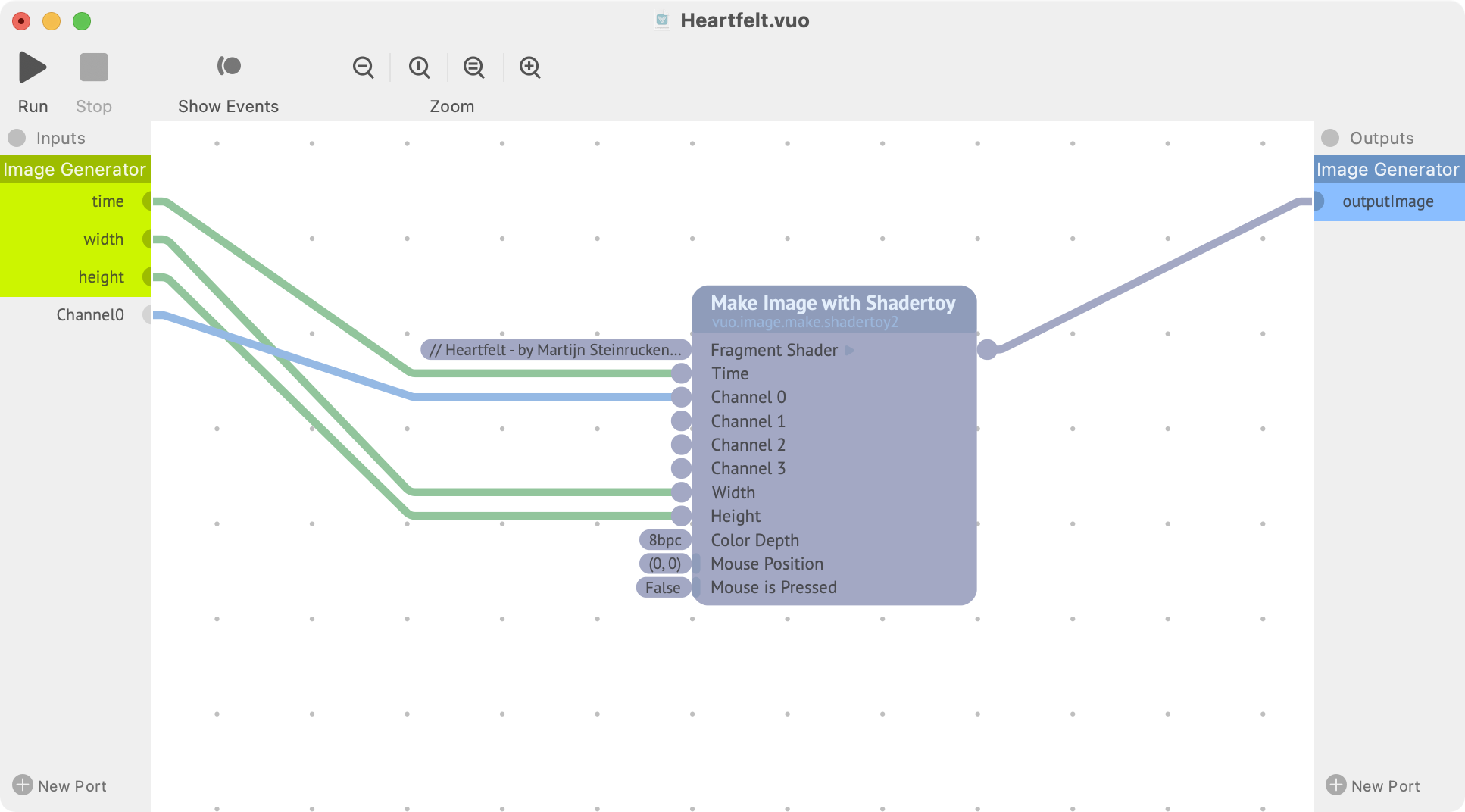 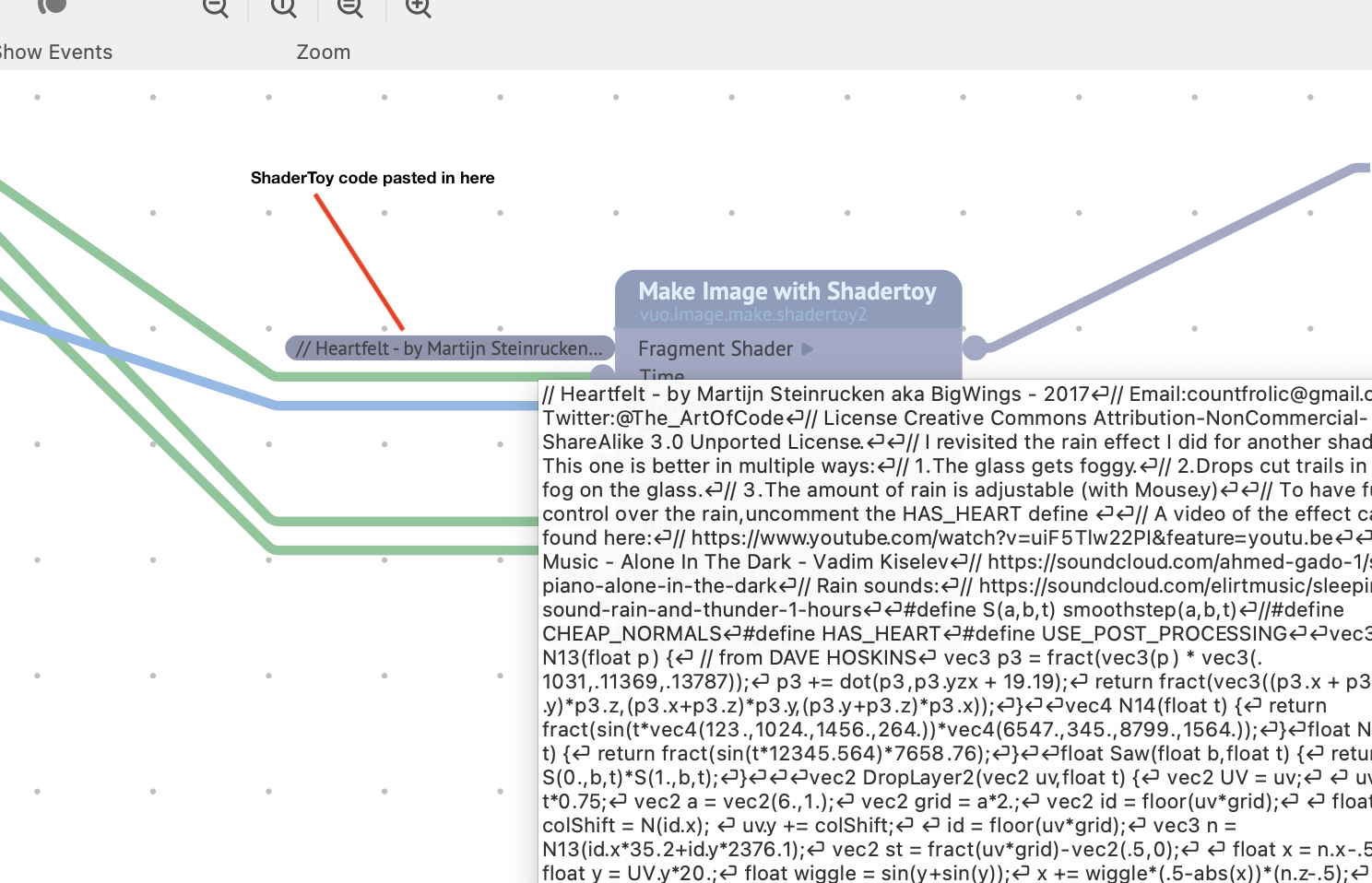 When I made the transition from analogue 35mm slide and 16mm film to video I binned thousands of slides and sold off my film collection. On reflection that was …